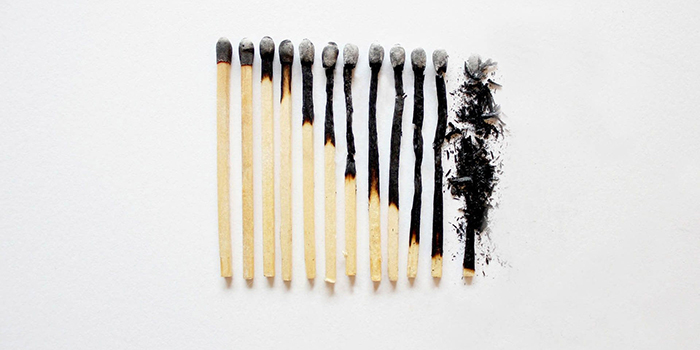 Just before I graduated in 2014, I was asked if I plan to look for a new job.  I said, “No, I’m happy where I am.”  The next question was, “Why don’t you want to work for an ad agency and make a name for yourself, now that you have all this training?”  I had to think a second because initially, that’s part of the reason I went back to school.  After mulling it over, my answer was that my priorities changed.  I’ve chosen a job that allows me to put my family first and my career second.  Sure, ad agencies all say they understand family is important; but my experience that wasn’t true – when a family obligation came up, the family had to take second place to the deadline.  The agencies were also quick to point out that if I was not willing to sacrifice my outside life, there was a list of hungry designers waiting for my chair.  To me, that’s not a job; that’s a lifestyle.

My choice is something different and I’ve found that in my current job.  No, I’m not making the world of design envious with my day to day projects.  I’m not paid anywhere close to what an agency would pay me but at the same time if my daughter calls me and tells me she left her _______ (book, project, permission slip, etc.) at home, I can leave and help her out.  Likewise, it’s no big deal for my coworker and I to slip out and get a Sonic happy hour drink nearly every day.  So my pay comes in other advantages that fit my priorities.  That said, if Saatch & Saatchi called me up and offered me a job, I’d have to seriously think about it.

There’s a looming monster out there that plagues all designers but especially loves stressed out agency folk… creative burnout.  So what do you do when you feel like you’ve burned the candle at both ends for so long there is neither wax nor wick left?  Take a vacation?  Delve into a hobby when (or if) you can find free time?  Go to the gym and stress-ercise?  Visit a shrink and tell them about your mother?  Maybe it’s all of the above; I don’t know.  What I do know is that whatever you choose as your “escape,” it needs to be some kind of healthy & wholesome choice.  I took a few wrong roads and my good name, list of friends, and waistline paid the price.

Another thing about creative burnout is that it defines a career.  I’ve seen great artists with golden career paths walk away from the field entirely to do something else.  I’ve seen other great artists push through and are still in the mix with a title and salary worth envy.  What was the difference?  One found the secret recipe that worked for them and the other… well, burned out.  The ones who have found that secret fix tell me that they face this monster quite often; so don’t think of it so much as a battle but rather a war.

As in most things of life, I look to the Bible for advice about this subject – even God took a break after six days of being creative.  Think about it.

Cancel reply
I graduated Oklahoma State University in 1995 with an Associates Degree in Graphic Design Technology and again in 2014 with a Bachelor of Fine Arts with an emphasis in electronic media. I have a broad range of experience which allows me to bring your projects from concept to creation. I would appreciate talking with you about your design needs so please feel free to contact me; I look forward to working with you.